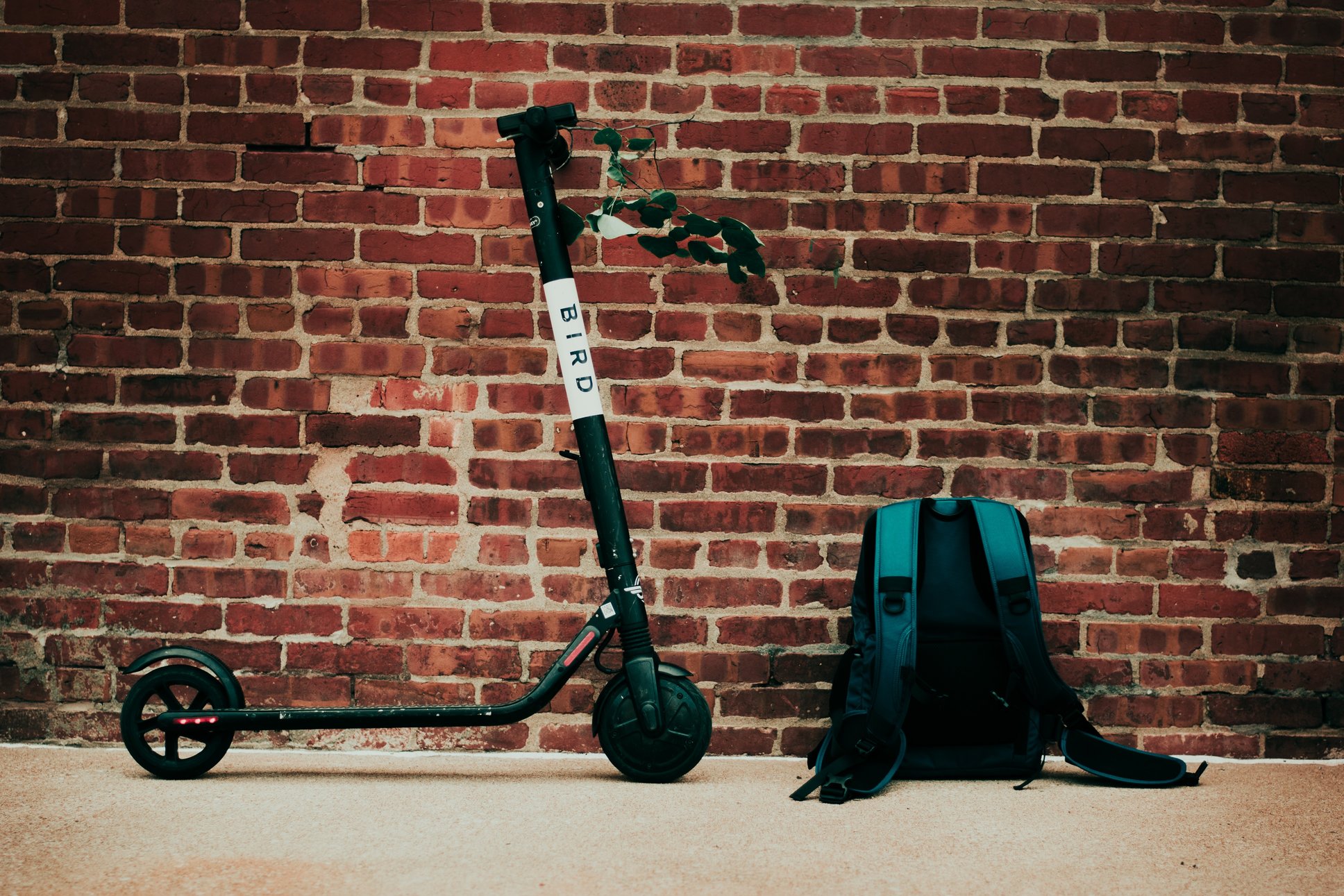 E-scooters have soared in popularity across North America over the past year and a half and are now poised to take over the global market. Bike and e-scooter rental firm Lime, which operates in the US, France, Germany, Spain, and Switzerland, recently announced that its customers have taken 11.5 million trips in the past 14 months. Meanwhile, competing start-up Bird, which operates in the US, France, and Israel, has logged 10 million e-scooter trips in just one year of operations.

Both Lime and Bird are backed by a who’s who of the Silicon Valley elite, including Uber, Alphabet, and top venture capital (VC) firms. Combined, the two firms have raised $882 million in funding with Bird valued at approximately $2 billion and Lime valued at just over $1 billion.

Bird is the fastest company ever to achieve unicorn status, having reached this milestone in just 9 months.

To date, the e-scooter market in the Middle East and North Africa (MENA) region remains limited. However, Canada’s LOOPShare launched the region’s first e-scooter service in Beirut last year, and competition is expected to heat up shortly. The success of ridesharing in the MENA and the need for first mile/last mile solutions present major opportunities for the uptake of e-scooters. The future of e-scooters is particularly bright in the United Arab Emirates (UAE), which has positioned itself as a regional leader in defining the future of mobility.

The Growing Global Demand for E-Scooters

The estimated global market size for e-scooter sales in 2017 was $8 billion, with this figure expected to reach $12 billion by 2027.

This impressive growth, which could very well exceed estimates, is driven by a number of factors, including reduced prices that render e-scooters more accessible and a range of urban  development challenges such as rising congestion, lack of parking, and insufficient public transport. Many of these challenges have also driven the rapid growth of MENA ridesharing market which could mature to provide up to 200 million rides a day and be worth more than $1 trillion annually based on Tahseen Consulting estimates.

China has emerged as a key market for e-scooters, while demand is set to rise in North America, Western Europe, and Japan.

In order to meet this increasing demand, a number of new firms have entered the e-scooter market. These firms include start-ups such as Lime and Bird, as well as ride sharing firms like Uber, Lyft, and Taxify. For example, Uber recently invested $355 million in Lime in order to enable e-scooter rentals through its app and is reportedly developing its own scooters. Meanwhile, Lyft has begun offering on-demand e-scooters through its app, and Taxify has started its own service in Paris. A number of other e-scooter start-ups have also been making waves beyond North America and Europe, including China’s Niu and India’s Okinawa Autotech. However, MENA firms operating in adjacent spaces remain focused on bicycle rather than e-scooter sharing.

Despite their newfound popularity, e-scooters have caused controversy in a number of cities and face increasing regulation. City regulators have learned from their experience with ridesharing and have become more anticipative of the “move fast and break things” business model employed by fledgling technology firms in unregulated sectors. San Francisco, for instance, enacted a law in June banning e-scooter start-ups from operating in the city, after Lime, Bird, and Spin rolled out services without approval in March. The city is set to allow the scooters once again in October, having chosen two firms to participate in a one-year pilot program. Several countries have also imposed strict regulations on e-scooters (such as Singapore, China) or banned them entirely (United Kingdom).

However, e-scooter firms are gradually learning how to better engage with cities to smooth market entry issues and complement public transport with win-win mobility partnerships, while also working towards sensible, workable regulations.

In addition to permit-related issues, scooters have caused a number of other problems for cities. One major issue with e-scooters is that they are dockless and customers tend to leave them randomly on sidewalks and in doorways. There is also controversy over whether e-scooter users must wear helmets and have driver’s licenses, as well as whether they belong on the streets or sidewalks. City officials argue that e-scooter users endanger pedestrians, while some doctors say that collisions between scooters and cars are an emerging public health issue. In response to these controversies, e-scooter firms have taken steps to influence regulations in their favor. Bird, for example, sponsored a bill in California to eliminate helmet and driver’s license requirements for e-scooters, raise their maximum permitted speed, and enable them to be used on sidewalks.

40 percent of car trips are less than two miles long.

The Future of E-scooters in the United Arab Emirates

Because many MENA consumers reside in transport deserts with low access to public transport, E-scooters offer a promising fix for the MENA region’s first mile/last mile problem and surging private vehicle ownership levels. According to Bird founder Travis VanderZanden, “40 percent of car trips are less than two miles long.” E-scooters are, therefore, a viable alternative to shorter trips, as they can cover distances of 15-37 miles per charge and travel at up to 30 miles per hour. While it may be too soon to know if e-scooters will replace cars in the MENA region, they hold significant potential to reduce congestion and pollution in cities and provide mobility options in transport deserts in cities just beginning to invest in public transport.

E-scooters may also be more appealing to MENA consumers than other first mile/last mile transport options, such as bikes, because they are lightweight, portable, and require less physical effort – all major benefits in hot climates with aged urban infrastructure.

At present, there are no e-scooter services operating in the UAE, and the space remains unregulated. However, once e-scooter rental firms enter the UAE market, there are two likely options for regulation. The first option could be to regulate them in the same way as bicycles, preventing them from being used on roads that have speed limits higher than 60 kilometers per hour and requiring that riders wear high-visibility clothing. In this respect, it is worth noting a discussion that took place in 2015 on regulating electric bikes in International City due to safety concerns. A spokesman for the Roads and Transport Authority (RTA) said at that time that the authority was “looking into” the safety, usage, and regulation of electric bikes, but it is not clear what progress has been made since. The second option would be banning e-scooters from public areas, based on the precedent set for hoverboards in 2016 following several fatal accidents.

Regardless of how the UAE may decide to regulate e-scooters, it seems likely that the country will soon be a prime market for scooter rental firms. Dubai is already an urban test bed and regional leader in future mobility technologies, with the first bike share program in the region having been launched in the city in 2013, ‘Mobility’ having been chosen as a key theme of Expo 2020, and its early embrace of ridesharing. In addition, the UAE is very much in need of first mile/last mile solutions to supplement its significant investments in transport infrastructure.

Existing ridesharing market players are potentially in a prime position to roll out e-scooter services in the UAE.

In the past, regulators such as the RTA have had tense relationships with ridesharing companies. However, these relationships have gradually improved due to an increasing realization that ridesharing has a key role to play in reducing congestion costs, lowering vehicle ownership levels, and optimizing transport infrastructure investments – key challenges for which e-scooters may also be an ideal solution.

If e-scooters become a part of the UAE’s smart mobility ecosystem, it would likely be through a well-run pilot in controlled areas that is subsequently scaled as a means of testing both demand and safety. Some possible areas could include communities with internal paths, such as Dubai’s Jumeirah Lakes Towers, or gated communities, like Arabian Ranches. Services could also be tested in places such as Internet City in Dubai or University City in Sharjah, following the example of Bird and Lime, which have provided services to US-based universities and are often used on large corporate campuses.

While it remains unclear when the e-scooter wars will reach the MENA region, a number of well-funded startups are already rumored to be considering launching operations in the UAE and other MENA countries.

Given its position as a regional testing ground for mobility, the UAE is likely to play an outsize role in determining the winners and losers of these wars and will be watched closely by investors and consumers in the coming months.