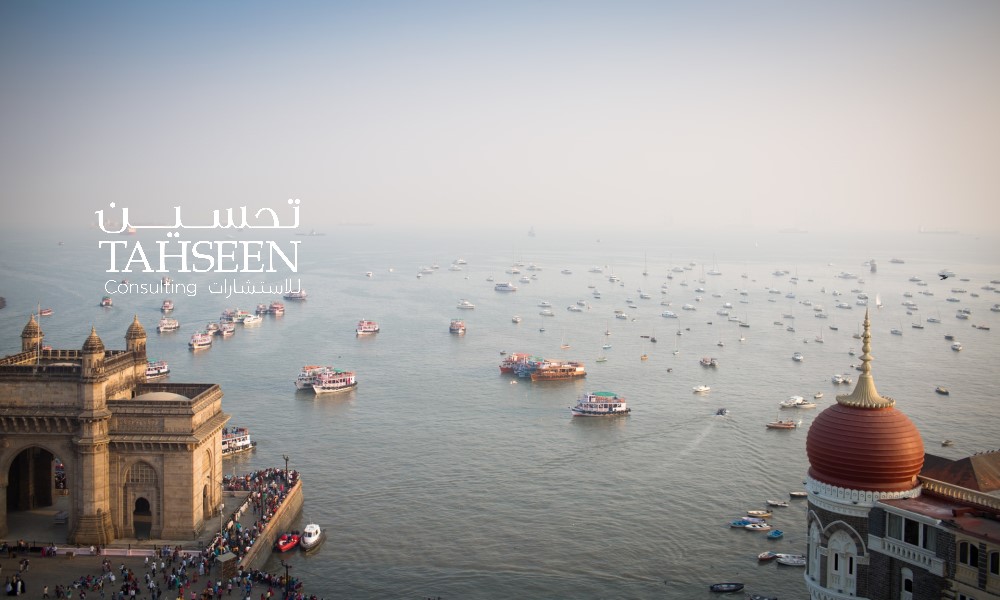 The Case for Convergence: Why Expanding GCC-India Startup Ecosystem Cooperation Now is Critical

There has never been a more opportune time to leverage the historical ties between the GCC and India to explore synergistic startup ecosystem cooperation. Both the GCC and India are home to increasingly sophisticated tech ecosystems, booming digital economies, and large, young, digitally connected populations. While the relationship between the GCC and India to date has been primarily unidirectional — with investments from GCC sovereign wealth funds flowing into Indian unicorns, like Oyo, Paytm, PolicyBazaar, Ola, and Byju’s, and oil and gas deals dominating the relationship — there is an urgent need to deepen entrepreneurship and technology ecosystem synergies.

Longstanding historical and geographic ties have bonded India to the GCC since the carving out of the Silk Road. Today, GCC-India trade is over $120 billion

A GCC‒India digital economy trading bloc, fueled by accelerated pandemic-driven tech adoption and as a response to the tense Sino-Indian geopolitical relationship, has the potential to position the GCC as India’s go-to trade and investment partner. Firming up strategic ties now is vital to the GCC’s post-Coronavirus recovery and a natural evolution of its emerging techno-diplomacy foreign policy strategy.

Longstanding historical and geographic ties have bonded India to the GCC since the carving out of the Silk Road. Today, GCC-India trade is over $120 billion, and India is a key trade partner for the UAE, Saudi Arabia, and other Arab countries, like Egypt. The GCC is home to over 9.5 million Indian expatriates with the UAE accounting for nearly 20% of the Indian diaspora globally – it is the largest Indian diaspora community in the world. As a result, India receives more than 60% of the approximately $80 billion in inward remittances it receives annually from the GCC. The GCC-India economic and trade relationship has also grown over the last few years due to a series of state visits including the visit of Saudi Arabia and the UAE’s Crown Princes to India and the Indian Prime Minister’s frequent visits to the GCC and broader MENA.

India’s emerging leadership in the global digital economy began in the 1990s as it positioned itself as a destination for software and business process outsourcing. Its early focus on developing digital economy infrastructure and technical education to fuel export-led growth has produced several world-class startup ecosystems. Delhi, Hyderabad, and Bengaluru are all increasingly challenging superstar cities like Silicon Valley and London as global technology hubs. As the third-largest global entrepreneurship ecosystem, India is home to as many as 100 unicorns, has the 2nd largest number of internet users in the world, and is the 2nd largest smartphone market.

And the GCC is starting to take notice. Mubadala, Abu Dhabi Investment Authority, and the Public Investment Fund’s recent $3.4 billion investments in Reliance Jio, one of the key drivers of India’s surging digital economy, are a bet on the future of the internet being Indian. Abu Dhabi’s state owned ADQ capitalized a $300 million fund to invest in early-stage Indian and Southeast Asian managed by Falcon Edge Capital, and, nearly every day, an up-and-coming Indian startup, like Lenskart, is announcing its MENA expansion plans via the GCC.

In comparison, the MENA’s journey towards digital transformation emerged significantly later. Post Arab Spring, when governments became alarmingly aware of the finite nature of petrodollars and questionable long-term sustainability of pricey social contracts, building entrepreneurship ecosystems became a policy priority throughout the MENA. While the UAE has achieved early leadership as the region’s tech hub, how the region’s current open competition to be the definitive tech hub will end is anything but clear. The global pandemic’s digital acceleration has made this competition even fiercer - producing innovations like virtual company licenses and freelancer visas as several Arab cities vie for the crown. So far, the UAE remains in the lead.

From Delhi to Dubai, Doha, and Riyadh

In the MENA, GCC countries were first movers in capitalizing on India’s potential. In October 2018, India’s National Association of Software and Services Companies (NASSCOM) and Dubai’s Internet City signed a first of its kind partnership to encourage Indian startups to incorporate in Dubai. The 1st cohort of Abu Dhabi Global Market’s FinTech Regulatory Laboratory in 2018 included two Indian fintechs. Not to be outdone, in February 2019, the Saudi Arabian General Investment Authority (SAGIA) signed 11 MoUs to attract Indian startups to the Kingdom. Bahrain’s Economic Development Board has also established offices in New Delhi and Mumbai to scout Indian fintechs for Bahrain Fintech Bay.

To date, Indian startups have been the primary beneficiaries of GCC-India startup ecosystem convergence.

The huge market potential, quickly-growing venture capital ecosystem which is increasingly attracting behemoths like Naspers, SoftBank and Tiger Global, and notable exits, have also attracted GCC sovereigns. For example, Qatar Investment Authority (QIA) invested in FlipKart in 2014. Following FlipKart’s mammoth $16 billion sale to Walmart in 2018, QIA also invested in edutech unicorn Byju and more recently in VerSe Innovation to tap into India’s fascination with short-form video and booming creator economy. In 2020, FreshToHome raised $121 million from Investment Corporation of Dubai, Investcorp, and other GCC family offices, and ADQ’s Alpha Wave Incubation has followed Tiger Global in a number of its unicorn-anointing deals in 2021. GCC VCs and angels have also become increasingly interested in Indian deals. Arzooo, for example, is backed by a who’s who of the top GCC institutional and angel investors. GCC investors have also participated in financings for Ola, Zomato, UrbanClap, BigBasket, Oyo, Zoomcar, and Jumbotail - to name a few.

Is This a One-Sided Relationship?

To date, Indian startups have been the primary beneficiaries of GCC-India startup ecosystem convergence. As the GCC and India ecosystems have become closer, Indian startups – particularly ones which have achieved significant unicorn levels of success - have capitalized on diaspora markets, pockets of progressive digital economy regulations, and increasing investor interest. There is also growing interest in Indian startups from MENA investors. This interest is shaped by an emerging view that China and India are eclipsing the US in innovation - a recent survey found  65% of MENA residents already think this has happened.

So far, seven Indian unicorns with a combined valuation of more than $14 billion have entered GCC markets. For example, Softbank-backed Oyo entered the GCC via the UAE in 2019 with the target of offering 12,000 rooms in 150 hotels in the UAE alone. In September 2019, it signed a MoU with SAGIA to invest $1 billion to develop the Kingdom’s growing hospitality industry. Both Byju’s and Paytm, amongst a growing number of other unicorns and soonicorns, have also announced plans to expand to the region. However, the number of GCC startups entering India are few and far between.

Where Does the GCC-India Relationship Go from Here?

While India offers significant opportunities for GCC startups, very few have looked east to South Asia as part of their scaleup strategies. In building bridges between the GCC and emerging startup ecosystems, like India and other fast-growing ecosystems further afield in Africa, South Asia, and South East Asia, it is critical the bridges have two lanes that flow in both directions. Mutually beneficial cross-ecosystem partnerships have the potential to play a key role in the GCC’s post-pandemic economic recovery and resilience strategy - but only if they offer a are a two-way street.

As the current map of global entrepreneurship and innovation hubs is being redrawn, emerging, globally-networked startup and innovation hubs in the GCC can offer compelling alternatives to talented Indian and global founders. Work from anywhere, flexible employment, the exodus from superstar cities, and the democratization of venture capital are all trends likely to play out well for emerging GCC startup and innovation hubs. However, one critical feature that defines a hub is that it is a central location with both inbound and outbound connections.

The current focus of GCC ecosystems on inbound attraction must be balanced with an equally supportive ecosystem that ensures GCC entrepreneurs are not crowded out by startups from more mature ecosystems and receive sufficient support for outbound scaleup to fast-growing neighboring ecosystems like India and Israel. Overemphasis on inbound connectivity risks emerging GCC startup and innovation ecosystems being relegated to spokes and nodes in an evolving global entrepreneurship ecosystem rather than hubs.