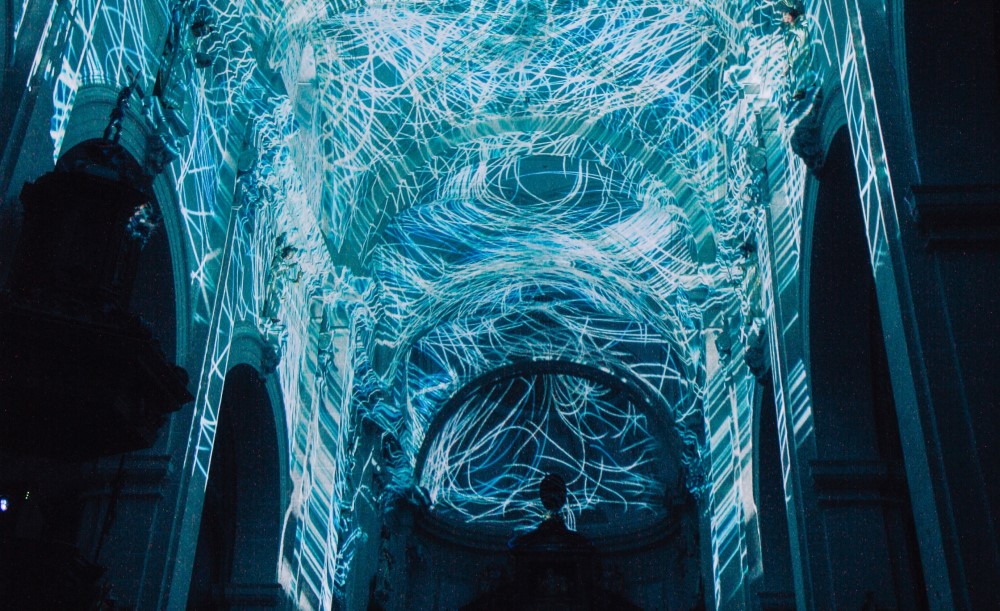 How Blockchain is driving the MENA’s Digital Transformation

Across the MENA, the public and private sectors are evaluating opportunities to leverage blockchain technologies with spending on track to reach $307 million by 2021. While the UAE has taken the lead in the MENA in innovating and embracing blockchain, Bahrain, Saudi Arabia, and others are taking a fast follower approach. Collectively, these countries have a long term view to develop competitive advantages in blockchain technologies as part of larger national strategies of becoming global Fourth Industrial Revolution technology leaders. These ambitions have led to the proliferation of a range of innovation acceleration strategies, such as testbeds, sandboxes, and policy labs, which are enabling some MENA countries to shape the trajectory of global blockchain regulation and deployment.

Discover how we established a humanitarian tech ecosystem

We identified tech use cases for Arab countries based on their humanitarian priorities.

Find out more about our Public Sector Strategy and Execution services.

GCC countries are first-movers in regulation and deployment

In the UAE, the region’s blockchain innovation leader, there are currently over 40 government entities and 120 companies implementing 200-plus blockchain-driven initiatives. These initiatives are positioning the UAE as a first mover at the forefront of defining global blockchain regulations and translating into pioneering global firsts in financial and government use cases. Reflecting the UAE’s blockchain leadership, in January 2020, the World Economic Forum partnered with Dubai Future Foundation to develop a blockchain deployment toolkit to provide other global governments deployment best practices.

While the UAE’s government commitment to blockchain has created a unifying vision, aligning the various stakeholders for execution continues to be challenging.

The vast uses of blockchain pose a range of regulatory issues that are common to a number of uses cases, while other issues are particular to specific use cases, such as cryptocurrency. In the blockchain world, digital identity is how individuals control when, where and with whom they share their credentials. Digital identity management aims to standardize and streamline citizen services provided by nations. In a global first, UAE PASS enables residents to access all the government services with their personal digital identity.  However, across the region, there is a lack of regulation and standards for digital identities to be verified, and for a provider of identities to be trusted when asserting the validity of an identity.

A key regulatory challenge for privacy and blockchain systems is its promotion of self-sovereign identity – when individuals have sole ownership of their digital identities and how their personal data is shared and used. In such a decentralized system, a key question for regulators is who should be held accountable if privacy is breached and for the validation, safeguarding, and preservation of transactions?

As the MENA increasingly begins to implement personal data privacy laws, it must have a dual focus on meeting both the needs of the current digital economy while also seeking to clarify the regulatory issues that affect the future implementation and use of blockchain in an emerging era of self-sovereign identity in a globalized world.

While the UAE has taken blockchain regulation across a variety of use cases head on, the wider MENA’s efforts to regulate blockchain have focused primarily on cryptocurrencies with regulatory sandboxes the go-to play in creating a safe space for innovation. For example, FinTech regulatory sandboxes, such as Bahrain FinTech Bay and the Central Bank of Egypt’s Regulatory Sandbox, are providing FinTech startups the regulatory freedom to test their products in secure, controlled environments. However, these efforts are not enough to support innovation across the large number of emerging blockchain use cases.

A chronology of the UAE's blockchain milestones

A significant portion of MENA blockchain deployments are aimed at making banking and remittances more transparent, secure, and streamlined. Particularly in a region where 88% of residents are non-citizens, high remittance fees can add up.

One of the first major developments in the sector was the collaboration between Emirates NBD and India’s ICICI on blockchain-driven remittances and trade finance. The UAE-India corridor is one of the biggest remittance channels in the world with Indian expats sending more than $8 billion a year to India.

The partnership set an early precedent that has raised other banks’ awareness of the possibilities. Just last month, 6 of the UAE’s leading banking institutions and licensing authorities joined forces to establish the KYC blockchain consortium – a move that has been lauded by Moody’s as a positive move for lenders.

In Saudi Arabia, for example, the Saudi Arabian Monetary Authority (SAMA) subsequently partnered with Ripple to develop a cross-border transactions system that could cut remittance costs to India by 60% and generate savings of $200-400 million per year – the pilot was the first of its kind for a central bank and has been replicated by other central and commercial banks regionally. The partnership led to the development of the Saudi Arabia British Bank’s instant cross-border transfer service. SAMA also announced in early 2019 that it was working with the UAE Central Bank to develop a joint digital currency called Aber.

Given the wide span of control that the government has in terms of regulation and operation, the UAE has pioneered many global first applications of blockchain in public service delivery and sectors with heavy state involvement.

One of the earliest successes of Dubai’s Blockchain Strategy was Dubai Land Department’s payment platform which enabling renters to pay rent digitally – a global first. This early pilot was the catalyst for blockchain deployments in a variety of public sector use cases.

The Dubai Chamber of Commerce and Industry announced the Digital Silk Road project in partnership with DP World – an initiative to develop a blockchain platform to transform the global trading system and eliminate barriers to trade. As part of the project’s first phase, DP World launched the World Logistics Passport in January 2020 to overcome logistical inefficiencies and non-tariff trade barriers hampering South-South trade that has led to a 10% rise in trade by participants. In Jordan, Saudi Arabia, Oman, and Kuwait, customs authorities and port operators have also piloted and joined Maersk’s and IBM’s joint blockchain solution TradeLens.

In healthcare, the UAE Health Ministry introduced a blockchain platform for medical data that enables authorities to store and protect information on health facilities, licensed personnel, and medical supplies. One of its most high-profile initiatives was its blockchain-enabled organ donation mobile app Hayat. The app has significantly increased registered organ donors in the country.

Blockchain is also being leveraged in response to global humanitarian crises. Since 2017, the UN World Food Program has helped over 110,000 refugees in Jordan get access to food supplies amid the chaos of the Syrian Civil War using the Ethereum-based Building Blocks project. The project has helped cut the costs of distributing a total of $64 million in financial aid by 98% and increased financial inclusion.

In a recent survey, the World Economic Forum found that blockchain deployment is being slowed by a lack of awareness about the technology and its use cases. Without awareness of what blockchain is, organizations that rush to implement ill-thought platforms may undermine productivity and ultimately waste resources. This identity crisis reflects blockchain’s Janusian reputation ‒ on the one hand, its standing has been tarnished on the dark web, and, on the other, the hype surrounding the technology perpetuates the equally damaging notion that it is a silver bullet.

Despite the MENA’s bold ambitions, lack of a workforce with suitable technical skills could derail efforts to sustain a global leadership position.

From the Sandbox to National Open Innovation Systems for Blockchain

While blockchain has initially been deployed by the public sector and state-owned entities, its broader potential is in private sector use cases. There are significant opportunities for seizing the opportunities of a blockchain-empowered future in many sectors which so far have only just begun to experiment. There are a range of challenges to unlocking these opportunities, including regulations, skills, and international collaboration. However, there is significant high level regional government support, to now led by the UAE, to resolving these challenges. Continued progress will rely on cooperation on a common regional vision and a focus for the development of blockchain to move from small wins in the sandbox to more significant progress at the national levels by embracing open innovation. 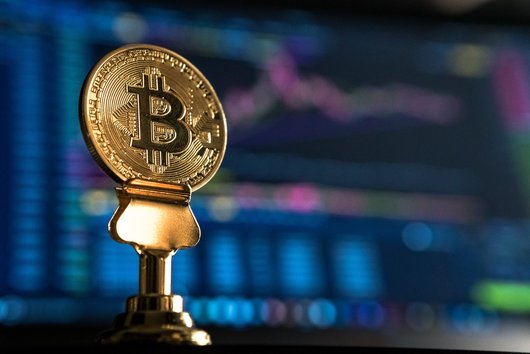 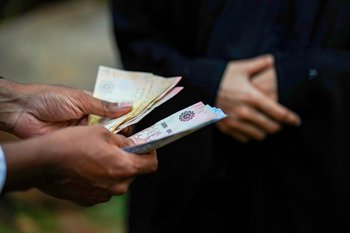 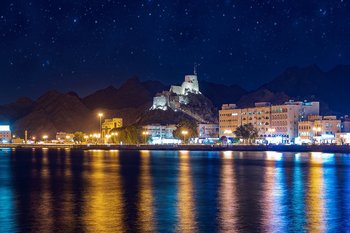 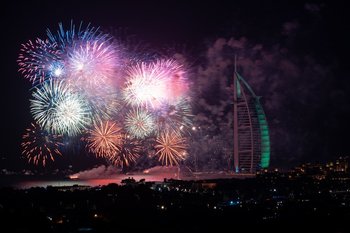 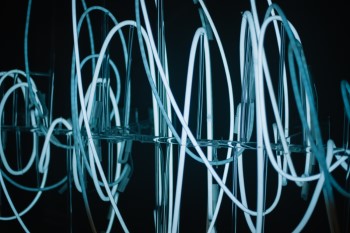 Growing increasingly uncomfortable with ceding control to foreign tech companies, many MENA governments are launching their own versions of apps to wrangle back control. 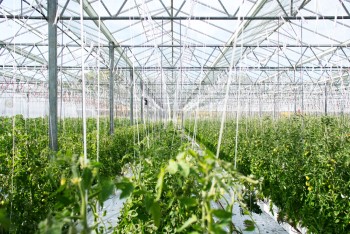 GCC countries face serious food security challenges ‒ only 1.7% of all land is arable and renewable freshwater resources are limited. Is vertical farming the solution? 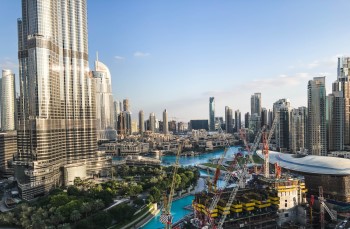 The Emerging Role of the Dubai International Financial Center

The Dubai International Financial Center is helping cement Dubai's reputation as the undisputed financial center of the Middle East, Africa, and South Asia. 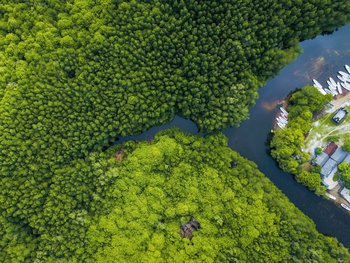