We recently looked at statistics on the countries where Arab students are studying abroad. We then aggregated the statistics from 2000 to 2011 to identify the top countries where Arab students chose to study abroad over the last decade.To compute the economic impact of Arab students studying abroad, we computed the average per student economic impact of international students and their dependents on the U.S. economy including tuition and living-expenses, not adjusting for multiplier effects or inflation. For simplicity we have assumed that foreign students are charged tuition on par with US rates, although we recognize this is a very liberal assumption. We chose the US due to the availability of data, although more precise estimates are certainly possible.

We estimate that each international student who travels abroad to study contributes $26,000 to the GDP of their host country.

WE ENSURED THE SUCCESS OF LIBYA'S PRIVATE HIGHER EDUCATION INSTITUTION 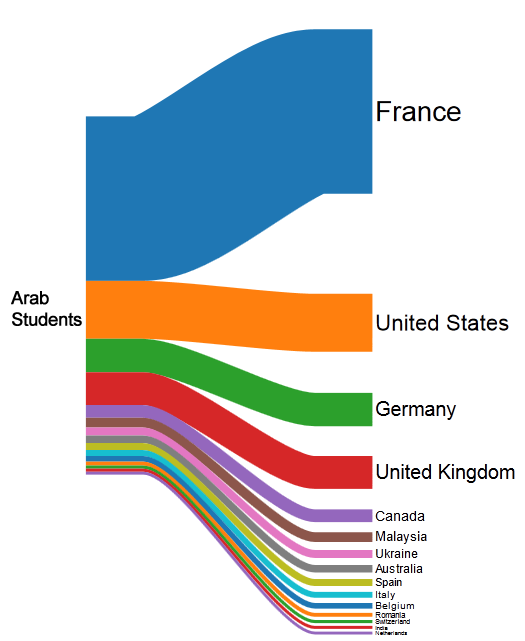 What if we apply a multiplier effect?

The multiplier process relies on the fact that any increase in spending creates income, which generates further consumer spending, creating more income for others. New investment may also be triggered by increased spending.

If we assume an autonomous spending multiplier of 1, this means that Arab students studying abroad have generated $77 billion in income for other countries over the last decade without even considering other economic externalities.